“Right, God, if you exist,” I said “and if you will reveal yourself to me, then I’ll do whatever you ask of me for the rest of my life. I’ll give you a month but then, if nothing happens, I’m going to get on with my own life and my own plans.” 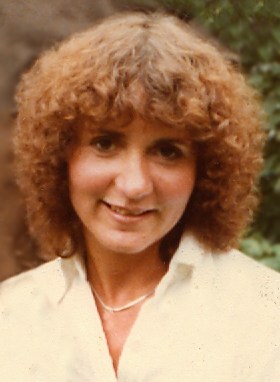 1978-9 had been a really weird year and I just wanted it to end. I’d done everything I could to shake it off  – but it had just got worse and worse as the months went by – that powerful feeling that wouldn’t leave me alone. It had haunted me, day and night. What was happening to me? Was I going crazy? I couldn’t even put into words what it felt like. It was just . . .  well . . . powerful !

I’d out-argued my friend time and time again during that year. I’d put her down, ridiculed her, tried my utmost to make her see sense, scorned the Christian music that was playing every time I went round to her house, and stormed off time and time again determined to stay away from her.

Finally about 3.00am one night, when that mysterious power wouldn’t let me sleep, I suddenly remembered a leaflet a stranger had pushed into my hand as I’d walked around the local town about six months earlier. Why did that come into my mind? And were was it now? I went hunting for it – found it – and read about how Jesus had died on a cross, shedding His blood as a sacrifice so that my sins could be forgiven.  I said the little prayer at the end of the leaflet, asking for forgiveness and for God to come into my life.

A peace came upon me. I went to bed and slept soundly. The next morning I was still wondering about what I’d read in that little leaflet, when my long-suffering friend called for another round of disparagement from me. I showed her the leaflet and asked her what it was. “Have you said this prayer?” she asked. “Yes” I replied.  “Praise the Lord – you’re saved” she said. Saved? Saved from what? I asked, totally confused!

But then I got to thinking. If I’m right and there’s no God and no eternity then, when my friend dies, she’ll never know that she’s been wrong all along. On the other hand, I reasoned, if she’s right then when I die . . . .  ooooh – that could be a very different matter, couldn’t it? And even in this life, if she’s right and there is a God, and I’m going against him . . . oh dear, I don’t fancy my chances!

Reveal yourself to me

I wasn’t interested in what my friend had to say – or anyone else for that matter. It would take more than words to make me believe. I wasn’t willing to be convinced by anyone except God Himself. So that’s when I said “Right, God, if you exist, and if you will reveal yourself to me, then I’ll do whatever you ask of me for the rest of my life. I’ll give you a month but then, if nothing happens, I’m going to get on with my life and my plans.”

That wasn’t a very gracious prayer – but it was sincere. So, with some reluctance I decided that I’d better do my bit. I’d go to church for that month – and I’d read the Bible. Chances were that nothing would happen anyway.

I have to say that it was with very bad grace and a very heavy heart that I made the reluctant decision to walk away from plans that had been important to me and settle for a life that I could only imagine would be . . .  well . . .  not much to look forward to. But I’d promised God, hadn’t I? And anyway – I didn’t fancy going back to doing battle with that powerful force that had haunted me for the previous year.

Now then – when I’d prayed “If you will reveal yourself to me” all I’d had in mind was that God would prove to me that He existed – that’s all. Little did I know that He would continue to answer that prayer for the next 40 years! And long may it continue! And little did I know then that He would bring me to be absolutely enthralled by Him – by all that He is, by all that He does. But that’s a long story.

But you know, that year of trying to do battle with the mysterious power that had haunted me, taught me something that has never left me – that God still loves to demonstrate the love that took Jesus to the cross and the power that raised Him from the dead. In His love He has the power to break into human lives and share his heart with people here and now.

The power of prayer

And it taught me something else – the power of prayer. You see I might have out-argued my friend at every turn – but unbeknown to me, she had been quietly praying for me throughout that weird year. For all eternity I will be grateful to my long-suffering, praying friend.

The memory of that year has shaped my thinking ever since. I have never, ever, for one moment doubted God’s power to intervene in human lives – to reveal Himself to us and share his heart with us..

“I pray that I may be rooted and established in God’s love for me and have power to grasp how wide and long and high and deep is the love of Christ for me. I pray that I might know this love that that is beyond human comprehension so that I may be filled with the fullness of God.”

Dear God, I want to know everything about you that you want me to know. Show me who you truly are; what you are really like; how you see things; how you think; how you feel.

Please soften my heart towards you – and share your heart with me. Reveal yourself to me more and more – so that I can know you better and enjoy you forever. Amen“

That prayer is the most powerful prayer I know – it’s been life-changing for me. If you don’t know if there is a God or not, you might like to try praying that prayer. And even if you do believe in God, it’s still a powerful prayer. 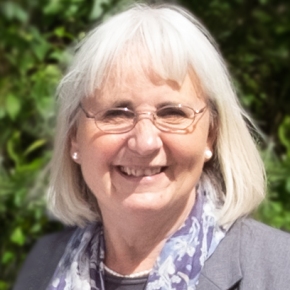 So that’s where it all began!

Now click here to read what God did next!

The reason for this blog

Publish His Glorious acts throughout the earth. Tell everyone about the wonderful things He does.  For The Lord is great and greatly to be praised. (Psalm 96:3)

“Here I am, Lord, is it I, Lord
I have heard you calling in the night
I will go, Lord, if you lead me.
I will hold your people in my heart.”

“Delight yourself in the Lord, and he will give you the desires of your heart.” (Psalm 37:4)

The power of prayer

“I strongly suspect that if we saw all the difference even the tiniest of our prayers make, and all the people those little prayers were destined to affect, and all the consequences of those prayers down through the centuries, we would be so paralysed with awe at the power of prayer that we would be unable to get up off our knees for the rest of our lives.”